(Bloomberg) — The rose above 3.50% for the first time since 2011, with the bond market extending its bearish run ahead of another jumbo rate hike expected this week by the Federal Reserve to bring down inflation.

The 10-year yield jumped as much as 6.6 basis points to 3.516%, breaking above a psychological level that held in mid-June. Selling pressure was focused more on the policy sensitive two-year note, with the benchmark rising as much as 7.5 basis points to 3.94%, marking a fresh high since October 2007.

Traders have wagered that another three-quarter point hike at this week’s Fed review is largely a done deal. Talk has emerged of a 100-basis point move to rein in price pressures that have shown little signs of easing even after the recent round of rate increases.

The cash market was closed overnight as the UK observed a day of mourning for the funeral of Queen Elizabeth II.

Investors are also driving up expectations for just how high the US central bank might ultimately push policy rates early in 2023, with OIS contracts for March indicating a peak level of 4.47%.

Still, concerns are growing that the economy may slip into a recession and prompt policy makers to cut rates next year. That’s illustrated by inversions between short and long-dated Treasury yields that are the deepest since 2000. The two-year yield is 0.42 percentage point above the 10-year, and around 0.37 percentage point higher than the 30-year bond.

The yield on five-year inflation-protected Treasury debt rose to the highest since 2009 Monday, underscoring the impact of Federal Reserve rate increases on financial conditions. The five-year Treasury inflation-protected securities exceeded its 2018 high of 1.172%, reaching 1.22%. TIPS investors receive additional income to offset changes in consumer prices, making TIPS yields a measure of the true cost of money.

A sustained move above 3.50% in the 10-year could see a test of “support near 3.76% — the ultimately rejected February 2011 high that hasn’t been revisited since,” William O’Donnell, strategist at Citi wrote. 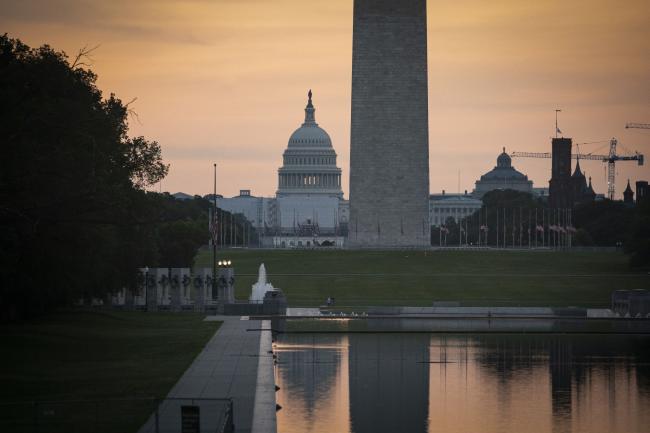