A DARTS player nearly pinned his opponent’s hand to the board with a crazy throw.

Gavin Carlin was slightly overzealous with his shot against Franz Roetzch in the Modus Super Series.

But after collecting two of his darts, he struggled to get the third out of the target.

Oblivious to his rival’s problem, despite looking straight at the board, Carlin stepped up to the oche and released his first arrow.

And it came within millimetres of striking Roetzch lingering hand instead of landing into the 20. 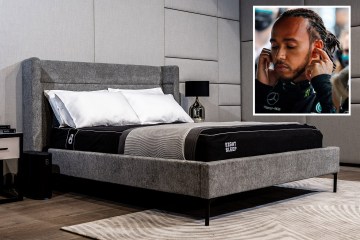 The German gave Carlin a furious glance with piercing eyes of disgust as the Northern Irishman held up a hand in apology with a sheepish smile.

After recognising his error, world No193 Carlin took a few seconds to recompose himself before continuing with his darts and hit two treble 20s.

Fans were shocked by the incident – and many questioned what the consequences would have been should the dart have connected with the back of Roetzch’s hand.

As explained by Matthew Edgar, the Darts Regular Authority rule 5.7.6 IV: “The non-throwing player should not commence their throw until the opposing player has exited the exclusion zone following the retrieval of their darts.”

Two formal warnings would be the first steps of action before the player is docked a leg and then disqualified.

At the 2020 Premier League, Gerwyn Price apologised to Michael van Gerwen after releasing his dart before the Dutchman had left the playing zone.

Before that, Mervyn King threw a dart over the top of Phil Taylor as the Power bent down to pick his up.