DEVASTATED Emi Martinez was taken off with a horror head injury – giving Aston Villa’s sub keeper Robin Olsen his first game since being assaulted at Manchester City in May.

Villa skipper Martinez was helped from the pitch looked groggy after initially playing on for several minutes following a fierce collision with his own centre-back Tyrone Mings.

It meant Olsen came off the bench for his comeback after being attacked by an Etihad fan when City celebrated winning the title last season.

Many fans were surprised that Martinez was initially cleared to carry on by Villa medics after five minutes of treatment.

But he went down again later and was inevitably subbed.

The ex-Arsenal stopper looked heartbroken to leave the pitch. 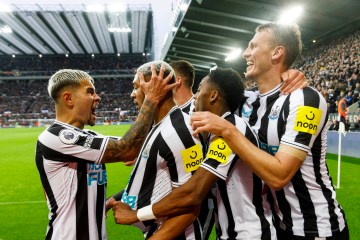 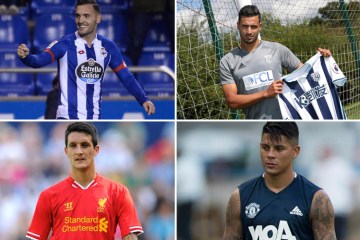 And his mood didn’t improve when Callum Wilson put Newcastle in front with a penalty six minutes into the TEN added on for first-half stoppage time.

Fans on social media questioned why he wasn’t taken off earlier.

One said: “Emi Martinez concussed and then allowed to play on, groggy. Clubs should get fined for this nonsense.

Another posted: “I hope the medical team have taken no risks.”

One wrote: “He looks dejected as he walks off. It’s the right decision. He has clearly not recovered from the incident”.

And before he was subbed, one observer wrote: “The fact that Aston Villa haven’t taken Emi Martinez off yet is a disgrace.”

Poor Olsen was on the end of a second-half battering from Newcastle.