The controversial Saudi-backed tour has attracted a host of the sport’s top stars with its mammoth cash prizes.

The likes of Sergio Garcia, Graeme McDowell, Lee Westwood and Ian Poulter have come under fire since joining, resulting in a ban from PGA events.

Henrik Stenson was even sacked as European Ryder Cup captain after signing up.

And questions also emerged over participation at next year’s Open, with champion Cameron Smith on the LIV tour too.

But Slumbers is adamant Smith will defend his title in 2023 after winning July’s 150th Open. 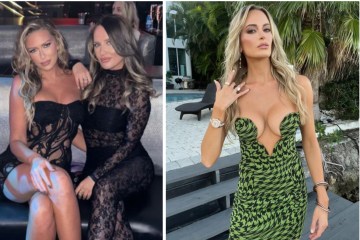 The R&A chief exec has also warned naysayers he refuses to “betray 150 years of history” by “not being open”.

And rules on how stars qualify will become clearer in the new year.

Slumbers told Golf Digest: “We’ll go public in January/February with what we are going to do with regard to LIV golfers.

“But if you want a guide, go back to what I said in July.

“We’re not banning anyone. We are not going to betray 150 years of history and have The Open not be open.

“The name says it all. And that’s important. What we will do is ensure that there are appropriate pathways and ways to qualify.

“I’m looking forward to seeing Cam Smith tee-up around 9.40am on the first day of The Open next year.

“The Open needs to set itself aside from what’s going on in terms of disagreements and make sure we stay true to our principle, which is to have the best players in the world competing.”